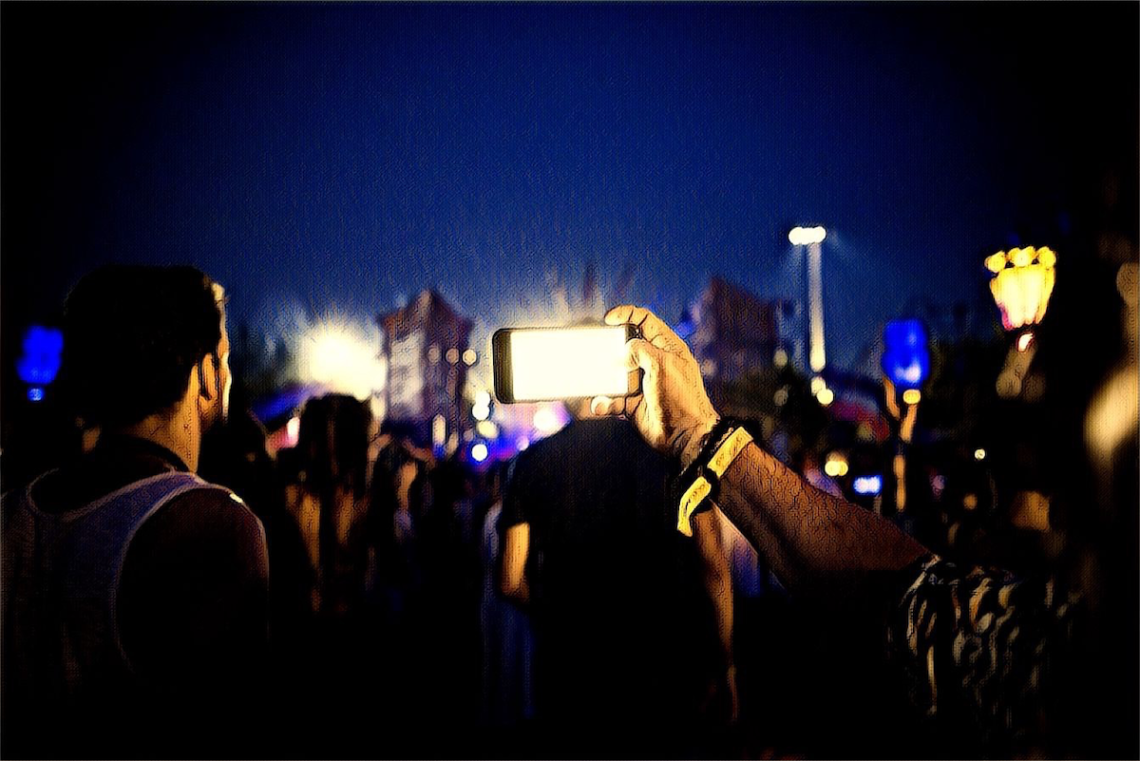 Every few years in the world of politics, there begins a new push to reach out to young people, and with good reason. In the 2019 federal election, the 9.5 million millennials in Canada will make up the largest single voting bloc. Whether they will come out and vote to let their voice be heard, however, is another question. But that said, if they do come out and vote, they will be a force to be reckoned with. Young people are some of the first to feel effects of government policies, whether it be the minimum wage, education reform, or barriers to work, and the least susceptible to nostalgia when it comes to public policy.

This has been my experience not only in but also in the dozens of countries I’ve visited and worked in as a political organizer and educator with the organization Students For Liberty. Whether it be recent anti-government protests in Brazil, new youth uprisings in places like Armenia and the Republic of Georgia, there are thousands of young people who are more idealistic about the future, clued in on technology, and seek to break away from older political traditions that have favored the status quo.

A certain amount of these young people, of course, will always be politically engaged. These are the enthusiastic young people at certain conventions, conferences, and now found online. They are always ready and willing to volunteer for campaigns and support candidates and causes they believe in. They are the first to appear at a public demonstration and to voice their opposition to a plan or policy they don’t like, whether it’s protesting for the marital rights of gay and lesbians or against the current economic situation. These are the people I was able to meet not only at Occupy Wall Street when I worked as a journalist in Philadelphia, but also the good number of young people present at Tea Party rallies I witnessed in Florida in 2011 and 2012.

They still, however, are not the majority. Many more are far outside the political spheres of influence, more ready to read and discuss issues of culture and celebrity than economics and politics. And herein lies the problem: How can philosophers and practitioners of ideas reach out to the apolitical hoard of young people who will one day shape society and its rules?

The perspective I offer here is that of a classical liberal. In today’s terms, we call it libertarian but I tend to eschew this label. Generally, it means skepticism of centralized power, and a general outlook that favors economic responsibility and social liberalism. I have spent most of my politically active years engaging in these circles around the world, and I have seen an unprecedented growth. But with that in mind, that doesn’t mean it has been translated into policy.

As such, here are some observations on what young people are seeking from the realm of political ideas as we complete the second decade of the 21st century: a new economic path that favors entrepreneurship without hierarchy, the gold standard of social freedom but private morality, and a vision that matches them together to allow individuals to create their own lives despite, not because of politics.

In the new economic reality, young people no longer expect they’ll work for a company for two decades with a steady ladder to climb and pension parachute ready to deploy at the end of a long career. That ship has sailed. Thanks to the economic policies of the past and a recession that lasted up until graduation for many millennials, finding low-wage entry-level jobs has always been very difficult. Instead, the side hustle has become ubiquitous.

Though many of us may have started careers all these years later, we also host on Airbnb, drive weekends with Uber, or offer freelance services on websites such as Upwork, Elance, or Fiverr. We write blogs, submit our photography to contests, and constantly look for new work on LinkedIn. These tools have allowed us to become economic individualists, seeking any new opportunity to match our skills with our passions. In most top-down companies with set career paths, this formula is lacking. What we’re looking for, then, is not necessarily a job, but the freedom to find or create one.

What conservative political movements should focus on, therefore, is how to make it easier for individuals to become actors in the economy rather than just followers. We need more tools and opportunities to become entrepreneurs. That doesn’t mean government-funded training programs, but rather low taxes and low barriers to starting new ventures. The Facebooks, Instagrams, and Bitcoin companies have grown to the size they are precisely because they’ve been able to operate in a world of relatively lax regulation and government control. To many young people entering the marketplace, that is as much a draw as the latest YouTube craze or flashy app.

As such, what we need is the ability to take more risks without dealing with unnecessary bureaucracy. Taxes must be low to make certain not to penalize those who are able to scale up an idea and business. Economic protectionism must go, including all the big subsidies afforded to jet manufacturers, fossil fuel companies, and firms that essentially only compete for government grants. Schools should focus less on identity politics and more on the ability for entrepreneurs to shape society with their innovations and visions of the future. The campaigns to slap massive taxes on ridesharing services or ban them outright, force streaming companies to favor Canadian content, or effectively shut down or restrict the nascent e-cigarette or cannabis industry are examples of where this has gone wrong.

A political movement that allows for innovation and entrepreneurship will bolster the individual and motivate the young millennial to do something more. Imposed structures and hierarchies are, for many young people, remnants from the past. The freedom to pursue a path that jives with both our passions and our skills is our future.

The legalization of cannabis in Canada represents a wonderful opportunity for advocates of both free markets and free people. An injustice system of repression, over-policing, and ludicrous fines and jail sentences was allowed to exist for too long. The fact that cannabis will be introduced into legitimate markets will be a good thing for all of Canadian society. The overregulation and moral outrage over its normalization, however, will not.

Many young people have been raised with a normalized drinking culture, even though alcohol is, on any scale, more dangerous and harmful than cannabis. A new legal regime for cannabis represents an opportunity to erase the prejudices and injustices of the past while unleashing market forces that have been forced to operate in the shadows. The freedom to choose is what makes a society free, but the freedom to be an entrepreneur is what makes it prosperous and worth living in. This is why social freedom is such an important concept and cannot be disregarded.

That doesn’t mean that morality doesn’t have a place in public policy. Morality is a very important component of our civilizations and it should guide many of our individual decisions. But for the government to enforce morality is a step too far. Many would like to rally to the cause of preventing same-sex marriages or immigration in the name of protecting a religious or national order, but this will not be how to win hearts and minds of young people, who are much more socially tolerant than generations before them. There is a realm of private morality that should be respected. But whether that should extend and be enforced by the government is something different. Regimes change, but individual liberties do not. That’s why protecting social freedom should be at the core of every liberal country. At the same time, this means protecting religious freedom, something that is discouraged by the leftist strand of Western Civilization.

If our goal is to make our society rich, free, and based on the rule of law, that will mean embracing social freedom as the norm, rather than something to be adjudicated on with every change of the ruling regime.

In a society in which economic and social freedom are protected, the next most important role for any political institution is to chart a path forward and provide a vision. The United States of America has the benefit of an amazingly crafted Constitution that lays out fundamentals and principles that have a lasting impact and a single narrative. The Republic of Estonia, a small nation with just than 1.3 million people, has made itself into a digital mecca, offering e-residency services that give the tools of entrepreneurship to millions of people outside its borders. Both of these nations have a vision that allows them to rally their denizens and inspire them for success. If we want to continue to reach out to young people and have them embrace these principles, we’ll need to do the same in our countries as well. Visions of a future that relies only on group identity, oppression, and grievances are doomed to fail because they do not represent anything positive. It is less about individual worth than it is about factors you ultimately cannot control: the color of your skin, your mother tongue, your sexuality, and the country you were born in.

Political philosophies that grant autonomy and preach self-reliance are the most effective because they foresee a future that is dictated and controlled by individuals pursuing their self-interest rather than collectives. And with a basic regime of protected individual and social liberties, that future is the best placed to deliver an environment of prosperity and freedom. That is what inspires young people about so many developments in the Internet age. For once, we have at our disposal an international network that rewards creativity and innovation. Barriers to communication are erased and common practices can be shared.

Any political movement or philosophy that can trace a link between our most fundamental rights as individuals to the positive future that awaits is will become a default for the generations of tomorrow. That’s why a vision is so important. Religious identities have been supplanted by state identifies. What we need going forward are new identities that embrace the best we can offer as individuals, rather than any collective entity we are not able to control. That is something young people know within their hearts, and what motivates them to achieve the best for tomorrow. We can only hope the same will be embraced by the people of influence who have a stake in shaping that going forward.