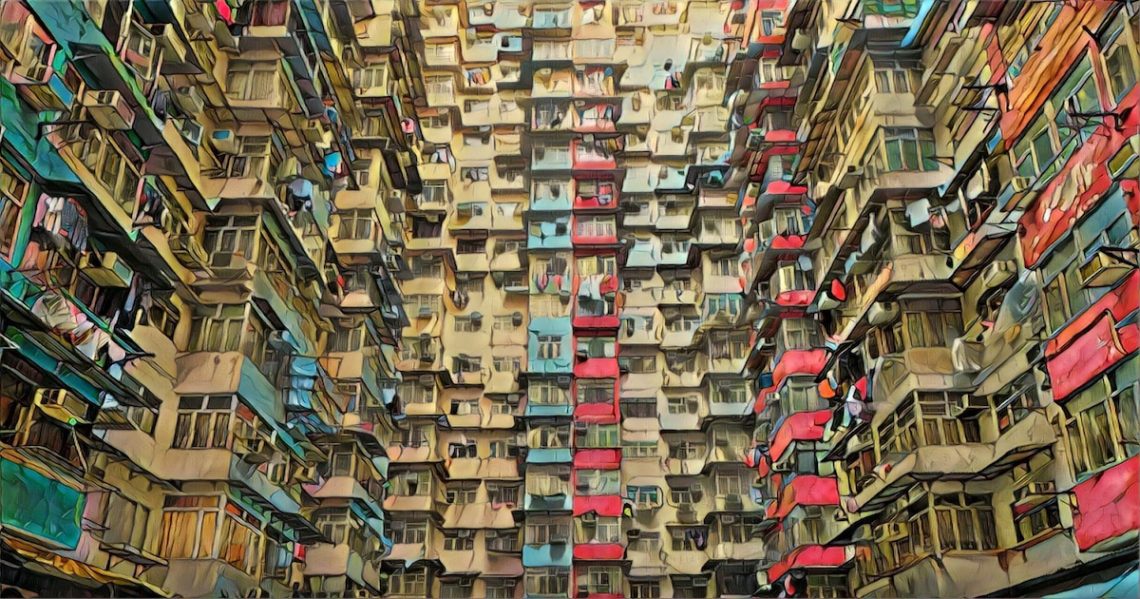 She is on her knees, her hands dropped on her lap. The tiles are grey and dirty under her skin. She knows the cracks on them by heart. Mr. Wong returns and tosses down a heap of dirty laundry in front of her. A shirt is touching her leg. Then comes a plastic bucket, the red one they use when they decide to mop the floors on rare occasions. “This is the head,” he says, flipping it upside down. “Now, this is the chest,” he claims, and punches the heap with his palm. “There, see? Push with both hands, here!” He swings forward and taps her breastbone, it trembles in her spine. “You do thirty, count one and two and three…” he goes, pushing the heap in a frantic cycle. “Now you!”

She clasps her hands, and copies his moves. There is no way someone would change their mind and choose life in exchange for her bad rhythm. Her arms are locked straight, and her whole body pumps until the heap slips and she is hitting the floor through the last layer, a sock once white. “Good, now the breath,” says Mr. Wong.

He is fiddling with the bucket, trying to grab the edge. “Nuh, it won’t do, come here!” He pinches her nose, and lifts her head, grabbing her chin with his other hand. Then, he covers her mouth with his, and blows. His breath tastes like two-day-old fish balls and tooth decay, and her chest dwells up with pressure. “You do two,” he says, and before she could withdraw, clings to her face again. She goes into a coughing fit. Mr. Wong laughs out loud, “this is the way, sorry!”

She crawls back to her place to dress for the first shift. She got the job from someone Mr. Wong knows. A regular customer somewhere, a man who stops by for red bean ice at one of the places where he does the dishes. One day this red bean ice man said he would need a nurse, someone who can perform CPR, because the audience cannot take the heat at his movie theatre, and his AC is not always working. “People like this kind of safety more anyway, but the previous girl went back to the mainland,” he complained.

It’s been a month since she last held a job, used to decorate cakes for a confectionery. Not only did she lose her money when she was fired, but also the endless supply of chocolate crumbs, which she would bring home in her pocket, but only two or three. Nobody misses that amount. They sent her away when a coworker glanced into her bag at the staff room, and saw a cockroach. She was red as lobsters, ran home, didn’t take the bus, and cleaned her 40 square feet for three days and nights. The woman above her started huffing loudly but didn’t say a word. She didn’t hear the huff, for she was scrubbing the flimsy plywood walls, the floor, the ceiling, stuffing holes with toxic glue, the more the better. Her fingernails flaked off, forgot to wear gloves in her frenzy.

She wasn’t awoken by the scurry of black buttons for a while. She continued cleaning, and threw out old plastic bags, and lids, and newspaper, and found something. A birdcage, made of bamboo by her uncle who had left for work one morning many years ago, and never came back. Some of the paint chipped off, and a bar or two were broken, yet it was fine craftsmanship. At least that’s what Mr. Wong said, who was obviously an expert in everything. She could sell it later, she thought, and shoved it back into a corner behind her underwear bin.

Then she saw it. She hit it with her shoe, then a pan, then the shoe again, but the cockroach disappeared. She stayed awake for the night, vigilant with the shoe in her hand. That’s how the drunken Mr.Wong found her half asleep, curled up, with her head fallen on her knees. “You have work, they told me, tomorrow!” He didn’t say more. She jumped up to follow him and ask what he was talking about, but found the man snoring on his stomach, his hand dangling out from his own coffin.

She puts on a man shirt, a white one left behind by his uncle. She rolls up the sleeves and gets out, and clasps her hands again to remind herself of the push. Thirty, then two. The movie theatre has a cockatoo, which people keep petting with fingers shiny from butter popcorn. It is crowded, there is war on the screen, but the AC is on. She is to sit in the lobby, because she has no ticket. The cashier guy waves at her, “come, let’s have a smoke,” and they go outside. He is sizing her up, seeing scratch marks on her forearm.

“Where do you live?” he asks, and gives her a cigarette without asking. She fumbles with the lighter, hasn’t smoked since her uncle left. Not because she didn’t want to, only because nicer stuff costs too much, the cheaper messes up her asthma. She takes a long drag and doesn’t answer. “You?” she asks. “Po Lam Estate,” he replies casually as if it wasn’t a big deal. He must have a room for himself, without cockroaches and the Mr. Wongs of Hong Kong, she ponders. They are looking at each other, as if looking over some huge body of water, silently finishing the cigarette.

The cockatoo flies onto his shoulder when they get back to the lobby. “What’s your name?” he asks while petting the bird. “Hestia Li,” she says, giving herself an English name she never had before. She read about a Hestia in the paper, it sounded cool. ”Wow, that’s a name,” he says. “I’m Joey Kwan.” She slowly reaches out to pet the bird. It bites her finger, so she takes a step back, sucking on it. “Is this how they teach you at nursing school?” he asks. She is nodding wildly with the taste of iron in her mouth.

They walk around in Mong Kok after the evening shift, eating egg waffle. She takes home a bit, just to hold on to the flavor of the night until morning. They talk about movies she pretends to have seen, but she doesn’t have a TV. Joey has a smell of fresh linens when he leans close to say goodbye. She fishes out a roach from her hair while dozing off to sleep that night, believing it was just a piece of egg waffle.

Joey teaches her how to feed birds at the Bird Market, yet the cockatoo shakes its yellow crest at a speed that would hurt humans, and won’t take one popcorn from her. There is a simmering sensation around her throat, a suffocating presence, each time she has to get close to the animal.

When she decides to spend the night at Joey’s, she asks to take a shower first, blaming it on the sweltering humidity. She hasn’t washed for three days because the huffing woman from above her locked herself in the only bathroom, wailing about some lost love, or something else old women wail about. She has made do with baby wipes, but they only go so far before making her skin crawl with itchiness.

The flat is five times her coffin. At least. She runs the water through her hair until her head is tingling and her eyes don’t look red from crying anymore. Joey doesn’t want to wear a condom, because that irritates his skin. Hestia chuckles at the word “irritation.” He goes in and comes way too fast, staring at a poster above her shoulder, an old one of Angelina Jolie as Tomb Raider. She can still smell the shower gel on her own body and that lulls her to sleep. She brings some egg waffles for breakfast, avoiding the question of where she lives once more. “You know, you would have a place here,” he says with a smirk after she finishes a blowjob. Half a joke, half serious.

Months go by, the AC works just fine, so her only job is to give a fan and some water to old ladies who got scared after Dunkirk, fearing a war in Hong Kong. The theatre is her place, one of lights and shiny floors. She dreams with the smell of lemon-scented cleaning supplies, and roaches turn into charred popcorn in her mind. She buys herself a dress, a blue one with a full skirt, so that she looks better on the job. Joey likes to zip it down. The boy keeps cracking the joke about moving in after each sex. “I could get used to this,” he says, staring at Angelina on the wall.

The evening is not special, the noise of an action movie echoes in the lobby.

She doesn’t even see him at first.

The man staggers through the door, intruding from the street, ripping up her safe bubble, his lips moving without a sound. He points at the door, the sign says “AED on site.” The owner got an aid from the government for buying a defibrillator, but he has sold it on the black market long ago. The man falls to the ground with a thud. Then it’s all silent, as if someone muted the world around her. Joey and the popcorn girls stare at her, waiting for the move of a professional nurse she has never been. Was it twenty? She cannot recall, but jumps to the man, and kneels on the shiny floor. One and two and three, she starts, there is a moist sound and a crack under her palm, she is feeling the moment when she breaks his breastbone. She loses rhythm. She grabs his head, blows, the chest doesn’t move, but she isn’t looking anyway. “Call an ambulance!” a popcorn girl cries out. The man is motionless, like a sack of rice. Joey steps next to her, looking at the mess she made. “Have you… have you done this before?” he whispers.

She looks at him with wide eyes, then dashes through the door without a word. On her way out she grabs the bird, it goes crazy under her arm, biting, carving its beak into her side, flapping wings. The blue of her dress turns red. She is rushing into the neon lights, her eyes are fogged by the man, fogged by cockroaches and popcorn, shiny floors, and Angelina Jolie. She stuffs the bird in her uncle’s cage and locks the door of her coffin. From the inside.

I believe people, both readers and writers, come to books for solutions in a way. Even if we hate to admit it. That’s why stories shouldn’t have taboos. I cannot imagine a better experience than the aha-moment, be it in the middle of a cozy feeling of familiarity or among startlingly new thoughts. I have a BA in English, also studied creative writing and translation at university. I took part in a one-year-long Journalism course at a national institution. I worked as a cultural journalist and reporter for years, writing mostly about theater, films, and books, while publishing some short stories in Hungarian. I am currently working on my fourth novel. 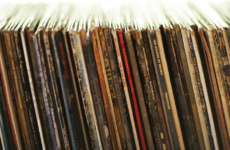 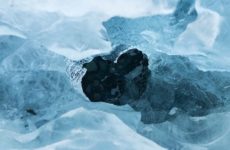 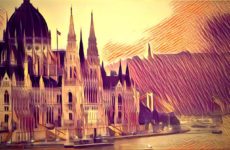 A refrigerator and a dinner wagon