In an era dubbed by simple-minded journalists as “post-Trump America” or “the age of Brexit,” claiming to be a “global citizen” is synonymous with being cosmopolitan. That, however, is dangerously reductive.

It reduces the world to a binary between those attached to their homeland and those attracted to centralized governments. The defenders of a more open, liberal, cosmopolitan world have no safe ground among closed-minded nationalists and status-quo technocrats.

The conceit of the global citizens’ philosophy is one that could only be cooked up by United Nations bureaucrats and naïve Americans: That people will put aside their local and national attachments for some idea of a global identity. Indeed, Global Citizen, an organization that aims to end extreme poverty by 2030, welcomes visitors to its websites by proclaiming that “Global Citizen is a community of people like you.”

The global citizen philosophy is an ideal without oomph. Different places develop different values and lifestyles. Citizenship recognizes duties and responsibilities of those who hold it; it’s a definition of the relationship between an individual and their government, for good or ill. Encouraging the right kind of citizenship matters more than vague ideas about global unity.

Attachment to a place or country doesn’t always conjure the demons of nationalism. Properly understood, it can develop civic pride, culture, and a thriving society. It can carry positive meaning. Some of the backlashes against globalization come from the perceived threat to local values and a fear of enforced uniformity, nor is that threat entirely unfounded.

The naivety of the global citizen narrative is captured in a meeting between the artist Laszlo Moholy-Nagy and Sergei Eisenstein in the 1930s, as recounted by Nagy’s wife, Sybil, in her biography of Laszlo, Moholy-Nagy: Experiment in Totality.

In it, Eisenstein captures the muteness of the exiled:

When I returned to the studio Moholy had just finished showing the film of his daughter’s progress. To make sure that no detail of her personality and of our loving care was overlooked, he had run it twice. When he turned on the lights everyone had left. He was totally unmoved by the exodus of our guests and he would have been content to show the film a third time to himself. But Sergei Eisenstein, Russian director of “Potemkin” and other famous revolutionary films, was still there. He had dropped in that afternoon between trains en route from America to Moscow. He was sitting on the floor, propped against the projection tripod, and it wasn’t clear whether he had remained out of inertia or friendship.

“Why do you go back to Russia?” I asked him. He had been working with Upton Sinclair on a film about Mexican peons which had displeased his government.” Aren’t you afraid that you’ll be put on trial?”

“Of course I’m afraid,” he said, uncorking another bottle of brandy.

“Yes, I’m going back. A man can’t live without a country.”

“Oh, come on,” said Moholy, slightly contemptuous about his friend’s remark, which sounded patriotic in a shopworn way.

“For an artist there’s no such thing as his country.”

Eisenstein gave him a long look. He had blue eyes of an extraordinary expressiveness. His face was drawn. For a man of forty he looked old. All his life-energy was concentrated in the intensity of his eyes.

“You’re a child,” he said in his heavy accent “You know nothing. You’ll remain in Germany?”

Eisenstein drank, staring into his glass between sips.

“Another country—all right. You work, earn money, eat, sleep. Politically you don’t count. No voice. You’re mute. You read papers. Your country suffers, there are great decisions, victories, defeats. But you’re an exile. No voice. You’re mute” He wiped his mouth with the back of his hand. “The very name of your country becomes an insult—Russian, German, Hungarian, whatever you are. You hide it, you don’t admit it any more. Afraid—you’re afraid to lose your bread. Secretly you go to the little restaurants of your nationality—you wouldn’t set foot in such places at home. You keep company with workers, waiters, bums. You talk politics. They don’t understand you. Doesn’t matter. They’re your people. And when you die—they say you die speaking your own language.”

“Who thinks of dying?” Moholy was embarrassed by Eisenstein ‘s emotionalism and the heavy silence. “Death and language—nonsense. As an artist you have one adherence and that’s your art. We liquidated countries fifteen years ago. Our nationality is the idea.” He took a deep breath. “Nationalism is totally obsolete,” concluded the man who, ten years later, would found the Council for a Democratic Hungary In Chicago (P. 97-98).

It’s difficult to imagine how painful this realization must have been for Moholy. His friends in France, Holland, and England encouraged him to flee. Artists and activists persecuted by the Nazis found in Moholy a friend who offered a safehouse and financial aid.

“The constant tension of hope for the passing of disaster, and the creeping suspicion of total defeat wore Moholy’s nerves thin and paralyzed his creative power. Like Sisyphus he labored each day to roll the stone of his courage uphill, only to see it crash down again with monotonous regularity,” as Sybil wrote.

When he left Germany, he chose Holland because “he had not yet accepted the Hitler government as a finality. Each new outrage only strengthened his conviction that such a monstrous regime could not last.” By 1937, he accepted Germany’s fate. “Everything seems still possible. The paralyzing finality of the European disaster is far away,” he wrote to Sybil from Chicago.

Part of Moholy’s reluctance to leave may have been the words of Carl von Ossietzsky, a prominent pacifist, and editor of the political magazine Weltbühne. In March 1933, speaking a week after the Reichstag fire and under police watch, Ossietzsky declared:

Let me tell you that there can be no escape from carrying on. Whatever may happen to every single one of you, there has to be, before you fall, someone to take up your particular banner of political, intellectual, artistic, freedom. Men are weak. The mortality rate of conviction and character is tremendous. Soon you will be the only ones left. It is up to you to preserve the unity of spiritual and political freedom…

We have been offered many opportunities to go abroad. But we have decided to stay. We want to remain the German conscience within its borders.

Were Moholy to leave sooner, he may have felt that he betrayed Ossietzsky, who died in 1938 from tuberculosis after years of torture and abuse in concentration camps. Moholy left Germany as a man without a country.

Eisenstein understood that declaring a country liquidated or antiquated, disregarding one’s roots for an ideal like art or progress, was no simple matter. The artists couldn’t liquidate a country. Nationality and place are inescapable. The global citizen project recognizes the dangers of provincialism and borders but fails to grasp the benefits of a society that takes its culture, history, and localism seriously.

Moholy did what he could to salvage his adopted republic before recognizing his limitations as an outsider. Moholy’s involvement with the Hungarian-American Council for Democracy and the American Hungarian Relief organization were the fruits of understanding Eisenstein.

Moholy was a model cosmopolitan. A cosmopolitan perspective isn’t valuable as an avenue to mock geographical attachments. It’s desirable as a middle road that embraces the local while avoiding cultural imperialism and rootlessness. A city benefits from jet-setters and hometown heroes. Too many of one kind makes it a tourist playground or a provincial backwater.

Cosmopolitanism can’t afford to be reduced to clichés about global citizenship. That makes it appear out of touch and technocratic. It becomes a vulnerable target for populists and authoritarians, vulnerable to anyone from Donald Trump to Viktor Orbán to Hugo Chávez.

Cosmopolitan is globalized mixing of culture and economy. Moholy’s Berlin. Dadaist Zurich. New York, London, and a dozen other cities today. The cosmopolitan battle is not to advocate a domineering endpoint, but to promote an open ethos. It’s an appreciation for beauty in the local and the diversity of the wider world that chafes against culture-by-expertize.

Despite globalization advances, living without a country is rarely a choice. The 65 million people who do are refugees, and no one envies them. Realism is needed in these times. It’s increasingly important to support expansive definitions of citizenship.

Countries that are willing to extend citizenship to immigrants, and allow the stateless and the persecuted to cross their borders, provide crucial humanitarian relief. Their cultures benefit. Immigrants (temporary and permanent) send remittances home and collaborate from afar for political influence.

For Moholy, the cost of exile was rejection by his adopted society as he witnessed its collapse and horrors. Cosmopolitans would do well to recognize the fragility of their position.

Purchase Moholy-Nagy: Experiment in Totality via our Amazon affiliate link. 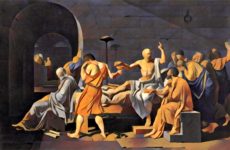 The Tyranny of Rationality 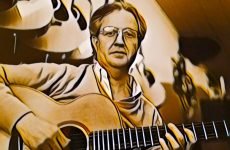 Gerry Dionne: An Elegy to a Journeyman 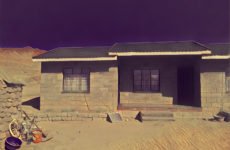