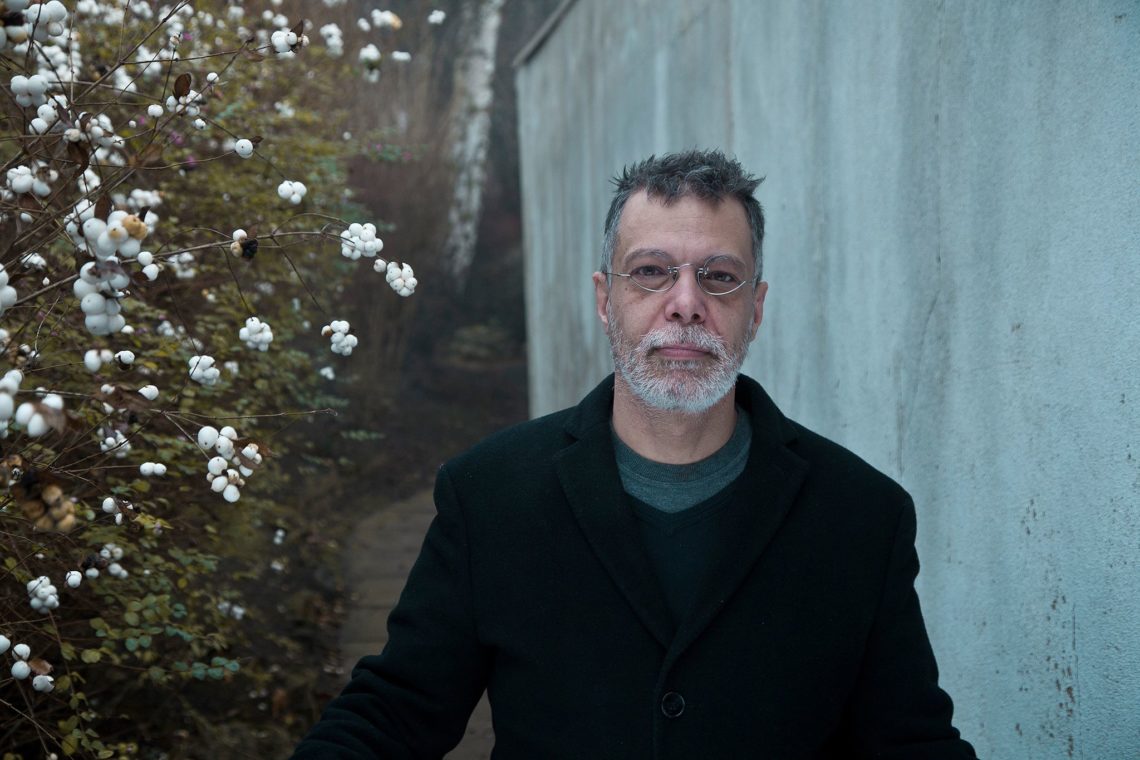 I suppose that when writing interviews, it’s customary to begin with a terse biographical introduction of your guest; who they are and where they come from sort of thing. I’m not sure why that is significant, but it probably has something to do with nippily setting the context for the reader. I’m not too sure how to start this one. My guest is difficult to pin down.

He’d likely call himself a Yugoslav, although I’ve never asked. That country doesn’t exist anymore, but the people still (sometimes) do. They are the old-school cosmopolites of the third world – the unaligned – erudite observers of the Cold War, turned victims of nationalist madness, turned reluctant émigrés.

He was born in Belgrade, then moved to London in 1991, and then to Portugal where he became a naturalized citizen. He lives between Belgrade and Lisbon, working as a writer and literary translator. In 2015 he published Estoril, which was translated and published in English this year.

His name is Dejan Tiago Stanković.

Theodore Pako: Dejan, Estoril is a great story, and for you, surely, one of the more successful professional projects. How many books, sketches, stories, ideas never saw the light of day?

Dejan Tiago Stanković: Most of my early works, luckily for me, ended up unpublished. Along the way one makes a lot of sketches, miniatures, and writes them down, raw, hidden on a computer drive. Before computers, while all writing was done on paper, I would never dare to write. I feared that someone would find my nonsense and ridicule me. Anyhow, recently I collected all the short pieces I have so far published online and in literary magazines, selected the sketches that I keep in secret, so I must select and organize them, decide what is to be published and what not. I hope to have at least one book of short stories. 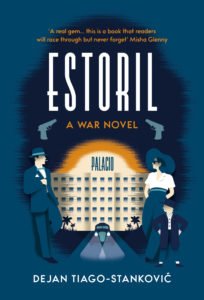 TP: In your recent interview for BBC Serbia, you said you’ve collected the materials for Estoril for over 8 years. Where did it all start?

DTS: Was it eight? Perhaps it was even more. Intensely, much less. I am not a fabricator, but a confabulator. That is how I see the role of the storyteller. That means that all the stories I tell or will, I’ve already heard, read, or myself experienced. I’ve likely told them to someone already. That is what storytelling is; not making stories up but finding ways to tell the stories that already exist without boring the reader. Most often you compile them, and from several make one. I will never lie to you about something attestable. I recorse to fiction is acceptable where I am sure that no one is capable of catching me in a lie, even if wanted. But most of the people do not want to know the truth, they just want a story.

TP: I know how Estoril managed to win its place in bookstores – very simply – it’s good. But before it even existed it had to have won its place in your head. How did that happen? How did you know that this is the project you will push past the finish line?

DTS: Estoril is a story about an epoch set in a very special place, and I’ve heard about this epoch indirectly, over the notes of people who were its witnesses. The first to attract me was the story of Dusko Popov, but his story alone didn’t seem sufficient. Instead, other stories have in passing attracted my attention, inadvertently at first, and then by surprise, until I’ve been moved to seek them out – the stories of other characters in Estoril.

TP: What should we be anticipating?

DTS: There’s a lot on standby, and along the way, I’m attempting to put them into literary form, perhaps a novel, or a film script, and perhaps in a theatre play. All those stories, half complete, lie and wait. I grab a hold of them, one by one, when inspiration grabs a hold of me, I beauty them up, put together, expand, correct, until I get bored. When I tire of one, I move onto another one and work on it until I get tired of it too. And round and round it goes, until I return to the first and continue where I’ve left off. I suppose it’s clear now why I cannot answer this question. But I am writing every day, and if it’s not going well, I translate. You have to stay in shape!

TP: Considering you’re currently busy on “a project,” what does your workday look like?

DTS: My workday begins with reading what I’ve written on the previous day and scrapping everything that did not turn out well. Sometimes even half of the text goes. Even this interview, for instance, I write it now in first-hand and I feel that by tomorrow morning, this very sentence I’ve written might be erased because it is too banal, or for some other reason. That I’ll know tomorrow or the day after. [It seems it survived]

The one who calls himself a writer must write every day. That does not mean that everything he writes must be good, it all depends on inspiration, but the man never knows when inspiration will take hold of him. The key is for it to happen in the moment of labour, because if it catches you in a bar, you’ll entertain your friends without any material trace of it.

TP: When we spoke a few months ago, you mentioned that you have a specific method of writing, or that the fact you are a bilingual writer influences your writing method and style. Tell us more about that.

DTS: The more languages you know the better you know your own. Before I started writing, I translated. And I did not translate anything, but only the works for which I felt regret for not having written myself. Translation is an interpretative artform. Like acting. You take someone’s text and with your own instrument, your own language, make your own. It comes in very useful if you write in two languages. You tell the story in two different languages and often one version influences the other for better.

TP: You’re active on Facebook where you often post short stories, something along the flash fiction genre. What do you think about that particular genre?

DTS: Facebook is a nifty platform to communicate with your audience, albeit in Serbo-Croatian because the audience that reads in that language has received me the best. They follow the daily posts I put out, and due to the immediate feedback, you easily understand if you’ve managed to provoke in the reader the reaction you intended with your words. That is great fun.

TP: Your novel has recently been translated into English and made its way into the tough Anglo-Saxon market.  Do you think that the market for books/novels has changed in relation to what was being read (and sold) before the era of social media?

DTS: I don’t know if that has anything to do with social media. My experience tells me that in order to be received well in a market, besides being likable, it is important who is promoting you. If you are lucky to be picked out by someone who is trusted, a journalist, a publisher, sometimes even a translator, other influencers pay attention to you. Still, the best marketing for books is a warm recommendation, the good old word of mouth.

TP: Society is in many ways shaped by story. How do you see the new tech space influencing society today? Tell us what you think about cosmopolitanism.

DTS:  There is a whole category of new people that feel at home everywhere but nowhere have a real home. They are perhaps the cosmopolites. Now you hop from place to place fast, you can move often. A while ago it was the diplomats who were living this way, but today many do. They are the people who have been through life by changing countries, languages, cultures. I am in part one of them too. I target them as my reading public.

TP: Facebook posts are one thing – the can be pardoned from scrutiny, but publishing something more – when do you know it’s ready?

DTS: To publish a text, you have to enjoy it as a reader. If you’re unsure, better not to publish it. And it is difficult to put yourself in the role of the reader, to free yourself from the parental love you have for your own work. Luckily, I am forgetful, so after I return to something I began after several months, I read it as if it is not my own. If I like it, that’s it. If not, I write it again or drop it completely. It’s why I’m so unproductive.

TP: Dejan, I sure do hope that changes soon. I’d love to see more of your work out there. Thank you for sharing your thoughts with Devolution Review.

DTS: It was a pleasure.

Purchase your copy of Estoril here. 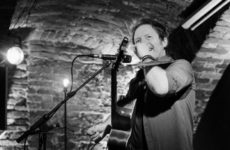 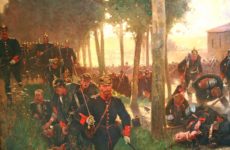