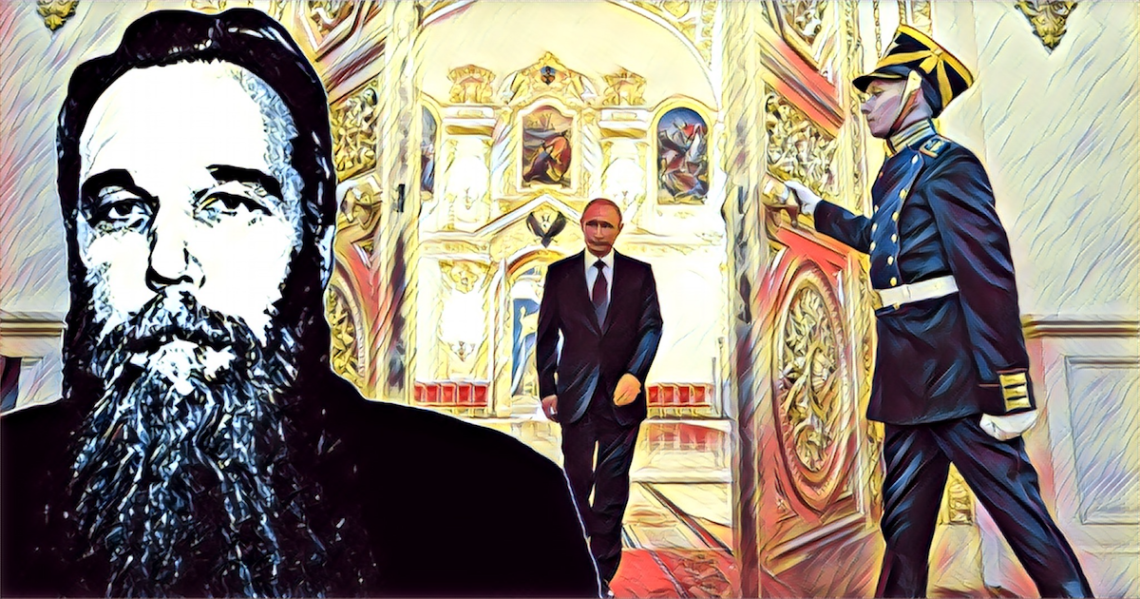 In western political philosophy, the name Aleksandr Dugin elicits images of muscular, Russian-speaking thugs of the underworld, beating opponents into submission. He is known as the Kremlin’s philosopher, Putin’s brain, and an intellectual force behind the 21st century post-Soviet, Russian ideology.

His ideas are both radical and doggedly traditional. From his writings, we can begin to decipher the intellectual revolution happening in modern Russia.

This is the same Russia that annexed Crimea in 2014, is fighting a proxy war against NATO in Syria, and shrugs at the international order upheld by the United States and Europe. And, if the western establishment media is to be believed, the same Russia that unleashed a major PSYOPs campaign against Americans voting in the 2016 presidential election.

But beyond Russia, Dugin’s ideas follow a new line of thinking that has gained popularity in the West, mainly surrounding the critique of postmodernism.

Imagine the “Intellectual Dark Web” with figures such as Jordan Peterson, Sam Harris, Eric Weinstein, Bret Weinstein and his wife Heather Heying, along with podcasters Joe Rogan and Dave Rubin. Their warnings about the abandonment of reason, restriction of free speech, and the turn to extreme subjectivism form the basis of growing resistance to left-wing ideology in culture and politics.

We’re now in a postmodern age, agrees Dugin. Reason has been abandoned. Identity politics has become the mantra and cut off individuals from interacting with each other peacefully. Technological progress has removed the importance of interpersonal relations. At the same time, democratic institutions have been corrupted and undermined by powerful groups who gain privilege and power. They control the machinery of government in their favor, and oppress the citizens who believe they have free will and fair elections, he writes.

In his 2012 book “The Fourth Political Theory,” Dugin lays the groundwork for a plan to dismantle and eradicate the monopoly enjoyed by the western “liberal cosmopolitan” world that has reigned supreme for two decades.

In rejecting the modern status quo and its antecedents, he proposes a new alternative ideology that will better serve humanity at large, irrespective of country, language, or economic system.

He calls it the ‘Fourth Political Theory,’ a system of ideas defined by its hostility to the existing ideologies of the 19th and 20th centuries, including liberalism, socialism, and fascism. He wishes to demolish modernity’s focus on individualism and its denial of mysticism and tradition, as well as the fetishism of capitalism.

“We are against liberal postmodernity. Our idea is to join all the fronts and not let them divide us…and when we try to join the spiritual tradition with social justice, there is an immediate panic among liberals. They fear this very much,” writes Dugin.

As he establishes throughout the book, his claims and suppositions are not made in isolation or ignorance of the ideologies and movements of the present. Rather, he hopes to congregate existing frustrations with the current world order to propose an alternative. He weaves through the culture of YouTube celebrities, Artificial Intelligence, binge watching of Netflix, and shopping malls as much as the Russian Orthodox Church or Russia’s faint opposition movement.

Fascinated by competing ideas, one cannot accuse Dugin of disparaging the views of his ideological foes. From Ayn Rand to Michel Foucault, Adam Smith, and Karl Marx, Dugin provides a scholarly frame of reference. He picks the nicest parts and discards the ugly ones to fit his concocted worldview.

Of course, he saves his ire for the western imperial ideology of liberalism the most and spends at least a third of the book in deconstructing it and its core tenants. “Down with the American Empire!” he writes. But that doesn’t mean he mourns the downfall of the Soviet Union.

Communism failed, he argues, because of its obsession with class structures, its wanton regard for religion, and the flawed expectation of unidirectional progress. Fascism was doomed as it was based on racial superiority and worship of the state. Liberalism’s placement of the individual at the center of economic and political life leaves people weak and disconnected. “Having left the limits of individuality, man can be crushed by the elements of life and by dangerous chaos. He may want to establish order,” writes Dugin.

For Dugin, the main tenants of the Fourth Political Theory are social justice, national sovereignty, and traditional values. Social justice represents the brotherly “one world” qualities that were native to the ideology of socialism. Nation-states are important to enforce this, on an equal basis with each other. And the need for religion and traditional values is paramount.

He sees it as a new, better form of socialism, sometimes referred to as National Bolshevism. “If we free socialism from its materialist, atheistic and modernist features, and if we reject the racist and narrow nationalist aspects of the Third Way doctrines, we arrive at a completely new kind of political ideology. We call it the Fourth Political Theory,” he writes.

Unlike the previous ideologies, the Fourth Political Theory would be enforced in a multi-polar world, without any predominant power. It would bring out the best of Eurasian cooperation, but ultimately place Russia at an advantage because of its size and influence. In Dugin’s model, individual-centric democracies are vestiges of the past.

The main subject of the Fourth Political Theory is not the individual, class, or race, but dasein.

Dasein, translated from German to mean “there-being,” or “being in the world,” is an idea developed by controversial German existential philosopher Martin Heidegger. It refers to a being’s space in the moment – simplified to mean the conditions of one’s existence or the root of the human being.

Framing a political theory around dasein means it is not just individuals or groups of individuals who are to be considered.

Rather, it is the basic human experience. It is time and relationships between the strata of individuals, classes, races, and states. That means that the political debate the Fourth Political Theory goes beyond individual or collective rights. Society must be structured to ensure order and protect against chaos. It is a weapon against postmodernism.

By universalizing “experience” and subverting the individual, Dugin reveals his true aim: power and symbolism over individual rights. Strongman politics that ensure order over freedom of choice. It is an example frame of reference for understanding modern, kleptocratic Russia. This is Dugin’s own experiment in the making.

That is what is concerning to many about Dugin’s ideas. Yes, he may be providing an antidote to postmodernism and the extreme political correctness that has paralyzed social debate in the West. But a watered-down version of socialism enforced by a thuggish state apparatus is no model to emulate. When the individual is no longer the subject, and no longer the forefront of political and social life, how can he best have his rights protected? What stops ultimate state power from oppressing individuals in the name of averting chaos?

In crafting the Fourth Political Theory, Dugin concedes that it is an invitation to all other ideas that help avoid chaos and push back against postmodernism. But liberal institutions have not failed. They have provided for economic growth and freedom that makes every individual’s life today better than it was not more than 50 years ago.

If Dugin’s theory is about abandoning our current liberal world and its privileges and liberties, then I say we politely decline. Our cosmopolitan order may not be perfect, but it’s a hell of a lot better than all the alternatives. Fourth Theory or not. 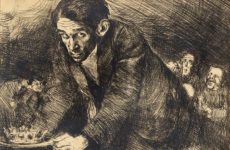 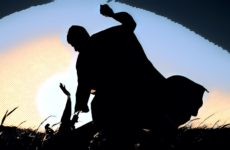