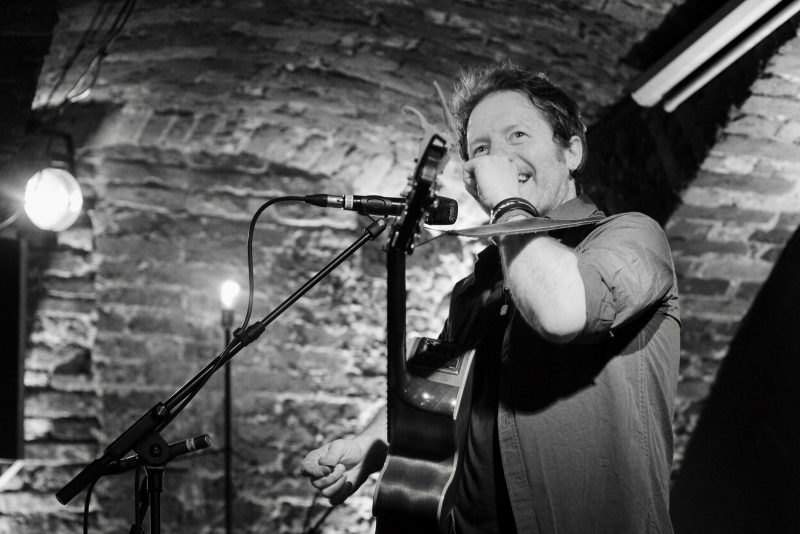 Devolution Review Editor Yaël Ossowski sat down with Irish singer/songwriter Shane Ó Fearghail to get his take on living and playing music across several countries, how to be genre-less in a genre-filled world, and why the future of music will take place between farmhouses.

His third album, They Might See Dolphins, was released in 2017 by Sad Opera Entertainment. Shane’s previous albums were Everything You Need is Here, in 2013 and the Watcher & the Comet, (under the band name Caruso) was released in 2008.

DR: Shane, thanks for sitting down with us. Knowing the theme of this journal, do you feel there’s an element of cosmopolitanism in your music?

SO: I hope there is, actually. I want to be informed and I want to be selective about what I write about. I want to have something to say. Most musicians write about the things closest to them: feelings, emotions, love, family, and loss. Now I feel that I’m in the era of writing that heavy stuff, the good stuff.

DR: Since you’ve moved to Vienna and continued your music career, what have you learned?

SO: Discipline. Viennese culture is quite disciplined, especially the music and art scene. Everything works. I’m Irish, so my approach is a little looser and fragmented, and generally drawn by feeling. These days I have a bit more of a regimental approach. I’m disciplined, I play, I write, and finish things. I wouldn’t have said in the past that I was a craftsman. But now I’m living from my music away from any other support network. 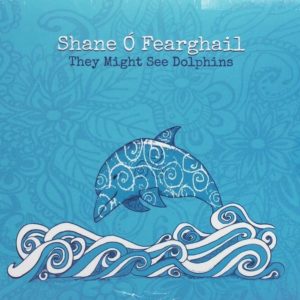 DR: What is the biggest difference between solo work and being in a band like so many other musicians?

SO: It’s all about self-sufficiency and strength. Being the creative force in bands, I had to learn how to be self-sufficient and strong in my ideas. On the road solo, I’ve learned to support myself emotionally; to explore the craft and be able to keep it together. Now I’m abler to dictate, drive the bus successfully, and be more hands-off; to let the process be flexible. I was scarred by bands in the past. Egos get bruised and got in the way. I think all musicians have their battle scars because it’s a huge learning curve.  No one teaches you this stuff. You have to learn it. I now enjoy both sides of the fence.

DR: How receptive are people to your brand of music when you’re touring abroad?

SO: Very receptive. Being Irish always helps; especially in Germanic countries, maybe France as well. Ireland is loved the world over, thankfully. Many great musicians have furrowed the fields, so to speak. I’d like to think the songs, the personality, the craft speak for themselves. I remember about to play my first gig in Europe thinking, “What am I doing here? What have I done?” If you’d have told be 20 years ago I’d be living in Vienna as a songwriter today, I would have gone, “Brilliant! Don’t know how I’m gettin’ there though!” My goal was always to be an animator and storyboard artist. But I keep having these goals. There are always new ideas. For now, I am happy to say I’ve reached all I wanted to achieve. It’s an open book now!

DR: What is the next goal you’d like to achieve?

SO: To live the art form, and really explore the lyrics. Not just the music, but the craft. And I’d like to be more established in the business. People are starting to take notice of what I do. But it’s not just the public performance side of the music business. I am developing a reputation for doing a good job behind the scenes as well. I’d like to explore that! 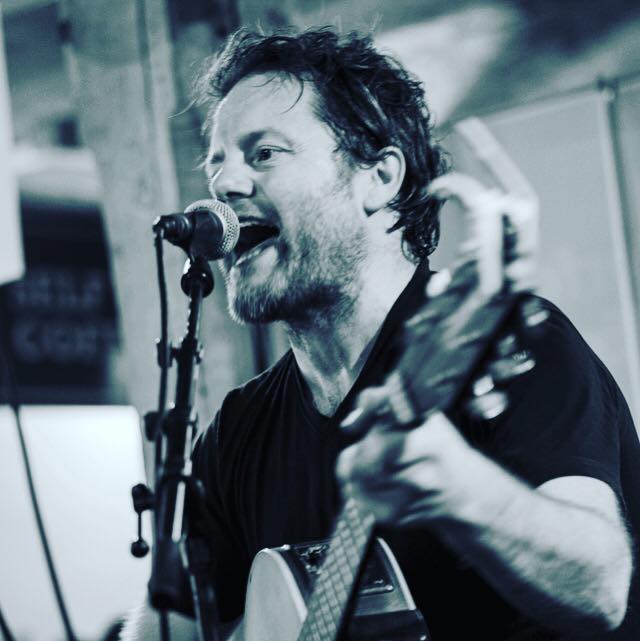 Shane at the Vienna Coffee Festival. Photo by Christina Karagiannis.

DR: You’re involved in many projects, festivals, bands, and art shows. What advice would you give to up and coming artists who want to follow that path?

SO: Say yes. Get yourself out of your own way and don’t be afraid to follow the random unknown. If something opens up, jump at it. That’s the reason I’m here. It’s self-perpetuating. Last month I got a call from the Vienna Coffee Festival, I am also working for the Routes Festival, and I’m on board in part, as one of the event organizers for the Donauinselfest; a small role but a nice development. I like working with people. Being a team player and being fearless is a big part of it.

DR: How would you describe your music?

SO: The big question. People have often told me it’s a very ‘Shane’ sound. That I’ve got my own style, and maybe that’s fantastic. But the danger is that you need to fit into a box. Whether it be blues, traditional, or folk. I seem to be bouncing between a lot of stools. With They Might See Dolphins, I tried to pin it down a little bit, but I’m a songwriter and I just write what I feel. The singer Anastacia, she couldn’t get a look for 15 years because she didn’t fit a mold. But then all the sudden, her songs broke and she became an instant success. Even though it may have taken ten years! And the same thing happened with Jay-Z. No one could pigeonhole him, and look where he is today.

But I really like the idea of being genre-less, or having your own style. That’s pretty massive. I often wonder… should I have sold out and gone blues or gone folk and made the money? Because I think I’ve got the potential to do that. However, I don’t know. It’s the old adage right – to die a pauper in a pauper’s grave, and a hundred years from now, people will be singin’ your songs like they do the old ballads. And I’d probably be happy with that, because I’d be dead right (he smiles). That’s a legacy, isn’t it? Popular in your own time but famous in another! 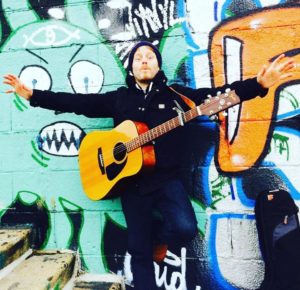 DR: Would your genre of music be what it is today without your extensive travel and multinational life?

SO: Here’s something I often think about: When you hear John Lennon’s songs, you hear John Lennon’s mind and you hear his thoughts. And I think it’s perspective. All these things just help feed your individual perspective. Everything I’m seeing around me is just fueling me. The inspiration is incredible. I can’t see how I could ever have artist’s block when there’s all that information. When you hear a Beatles song, I know when John Lennon wrote a line, because it’s how he looks at things. It’s like Kurt Cobain, Jacques Brel, and it’s how they look at everything. That’s the style and the genre. Obviously, they borrowed from everything, blues, folk, Irish music, rock n’ roll. And it’s their take on that.

SO: If you see me performing, just come and say hello. I want to keep music a cottage industry. Back to grassroots – like when you’re making butter in your farmhouse and selling it to your neighbor. I’ve had opportunities to sign big record deals. Whether by circumstance or intention, they didn’t happen. But I always knew I wanted to go from farmhouse to farmhouse in that old bardic Gaelic tradition. Just like the Olaf, the old minstrel going from castle to castle. To me, that’s the true musician. So please say hello, I play anywhere, and I’m looking to build personal relationships. We have the opportunity today with social media to live in a global village. Musicians should be accessible.

DR: Shane, thanks for taking the time to speak with us.

Shane Ó Fearghail is an Irish Singer-songwriter from Dublin, now based in Vienna, Austria. You can follow his music and tour dates on his website: http://shaneofearghail.com 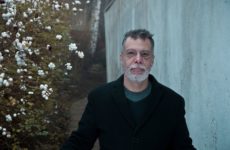